Is there anything more exciting than when a group of gamified educators inadvertantly implement a gamification concept on themselves!?

During Tuesdays #XPLAP chat (I think) a little side chat about running started to take shape. Stefanie Crawford (@MrsCford_tweets) and Trisha Richmond (@tishrich) were talking about running and I joined in. The next day I saw that Stefanie had just complete her 244th consecutive day running. Tisha mentioned that she wanted to get back into a running routine. I chimed in again with support and said I had a similar goal. The three of us ended up agreeing that we should all post that we had gone out running on Thursday.

Long story – sorry – but if you’re still reading, we started posting our goals on Twitter. Tisha made an awesome Gratitude Snaps post we all tapped into our networks and our little #EduRunners club is growing! Laurie Wong Roberts (@edtechyoda), a new follow of mine, created a Strava Running Club and after 3 days our little chat on Wednesday has led to a club with 13 runners that have already gone 52 miles! If you want to join the club Join up at EduRunners on the Strava app.

The Gamified educator in me is smiling ear to ear over this. Running is an inherently personal activity. The choice to put on the sneakers and push your body to keep going is a an internal and private struggle. In fact in track and field people often measure success not against other runners but through “PR”s or Personal Records. What this little running club is doing though is tapping into SOCIAL FUN and the internal SOCIALIZATION motivation. I think what is making this even more powerful is that the members of the club all know each other from our Twitter chats so even though we are scattered throughout North America we are all adding another layer of connectivity. Looking over the club geography there are members from South Carolina, Pennsylvania, Michigan, Oregon, and more! There has even been a Twitter conversation going on about needing headlamps, wool gear, and spiked shoes!

The power of the Social motivator is indeed powerful. Getting out on the road Thursday morning was not especially difficult. I enjoy running and had missed a few days only because of work and that I was fighting a cold. What the social element of the club DID help with was going that last .5 of a mile. Knowing that my social network would see the results helped me push through my tired legs and gunky lungs to finish strong. It also helped me get out bed and in my running shoes on day 2. A day when I had slept late and o my had an hour before I had to be back from the run. A day I would normally have just stayed in bed to “rest my legs”.

I’m sure it has had a similar rejuvenating effect on others in the group. If not, it has at least reinforced the social connections to the members. The question for the classroom is how do we take the lessons of this ad hoc running club and plan for thi 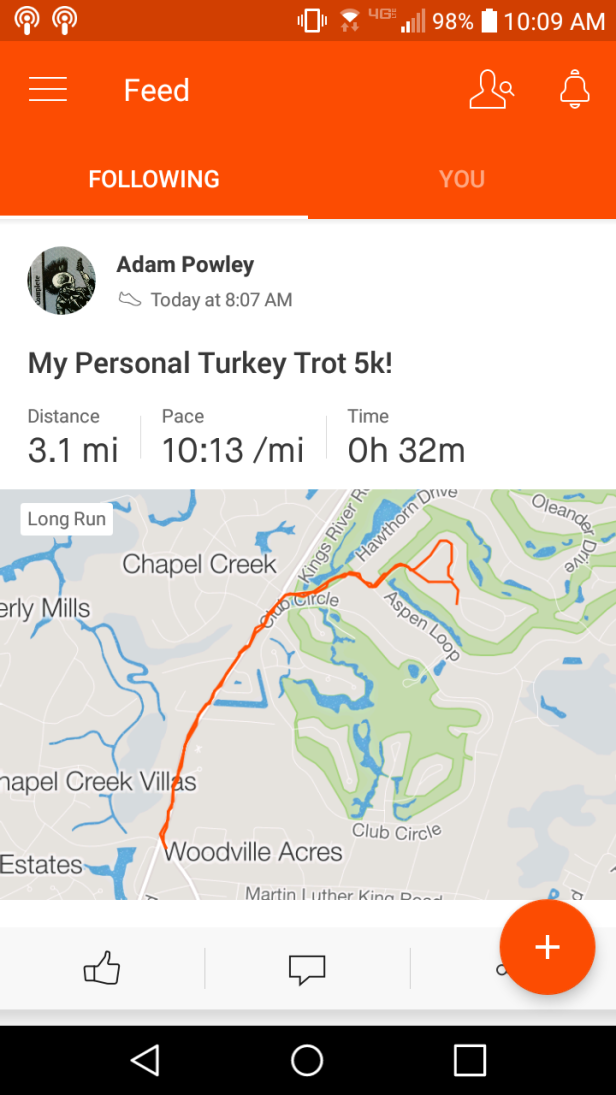 One thought on “#EduRunners and Social Fun”