My childhood was dominated by videogames and sports. I was always playing football either digitally or in real life. (Man, think how much better I would be writing if we knew about concussions in the 1980s…) As a big kid with good body control I was always pretty good at real life football and as an avid gamer I quickly learned the ins and outs of my favorite sports game for the Nintendo

There were other football games. I was givin John Elway’s football but didn’t enjoy the convoluted passing system. There later there were NCAA college football games which were fine. The Madden series eventually came to surpass even Super TECMO Bowl. My memory always goes back to the TECMO games though when I think about engaging and fun football games and I think there are a few classroom inspirations we can take from them.

The Madden games’ goal has always been to bring a real life experience to the virtual world. It tries to be as close to a simulation as possible. Now granted that is an impossibility but that is the goal and EA Sports says as much with there motto “If its in the game its in the game”. That’s fine, but It can be overwhelming. How do I combat a 4-3 defense with the left side stunting tackles, a blitzing left outside line backer, man-cover 2 hybrid zone. Man… That’s not fun, that’s work. Some people like that part of the game (I’m looking at you Achiever types).

The great thing about TECMO bowl was that you had 4 plays per team. 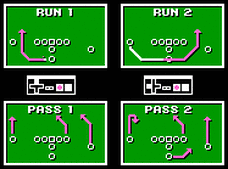 On defense if you guessed the play the other team called you had a high probability of stopping the play. In TECMO SUPERBOWL they doubled this to 8 plays (which could be changed during the game) but kept the same defense mechanic. 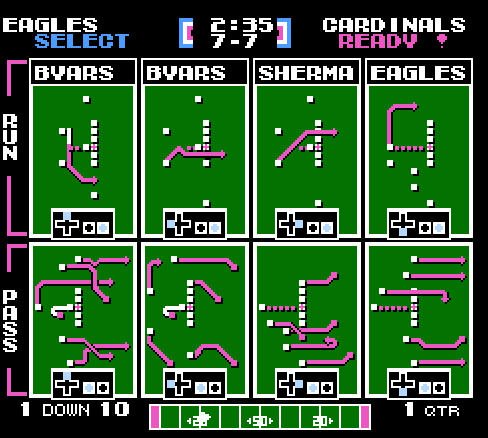 You could master the game without having to be coached up like Bill Belichick. It allows easier access to the game’s other features and mechanics. Too many options, too much choice, and too much mastery can be overbearing and actually limit engagement.

I was recently reading that restaurants limit menu options to 7 items per category. Too many options will lead to less satisfaction with the eventual choice as well as potential paralysis by analysis. When designing lessons and units it is important to remember that students need some boundaries to work within to enhance engagement and aid the facilitation process. I also argue that creativity is the friction that comes with a student rubbing up against those boundaries as the seek to establish their own vision.

This is probably inaccurate, but the TECMO series is on of the first sports games that I remember playing with actual player names. I loved the Bases Loaded baseball game but those were fictional characters. Double Dribble had fake teams. The great thing about TECMO bowl was that you could pretend to BE THE PLAYER! I mean how many kids playing the game imagined themselves breaking tackles like Walter Payton or catching a pass like Willie Gault (I was a Bears fan). I know one of my great childhood memories was pretending to be the TECMO GOD – Bo Jackson!

So, what does this mean for the classroom? I try to remember that the person I see sitting in my classroom is a person playing the role of a student and not necessarily the person the student sees themself as outside of school. If this is the case then why not create an atmosphere that allows the student to become the best version of their classroom selves. As a gamified teacher, this means that I give them options as to how to play the game and one of those options is to offer avatar choices. They can chose to “play my game” with different powers and can grow and personalize their experience. The student plays within the class game rules but through the narrative, powers, items, and lesson activities they inhabit and grow within a classroom role. Hopefully by the end of the classroom they have come to be classroom Bo Jacksons!

There are so many inspirations to take from TECMO Bowl. I would love to hear your thoughts in the comments!